Why Are We Doing This Project?

We must relocate and energize two electric lines that span the top of the bridge as part of the rebuilding.

This work is necessary to help keep the power flowing in Norwalk.

Where Is The Work Being Done? 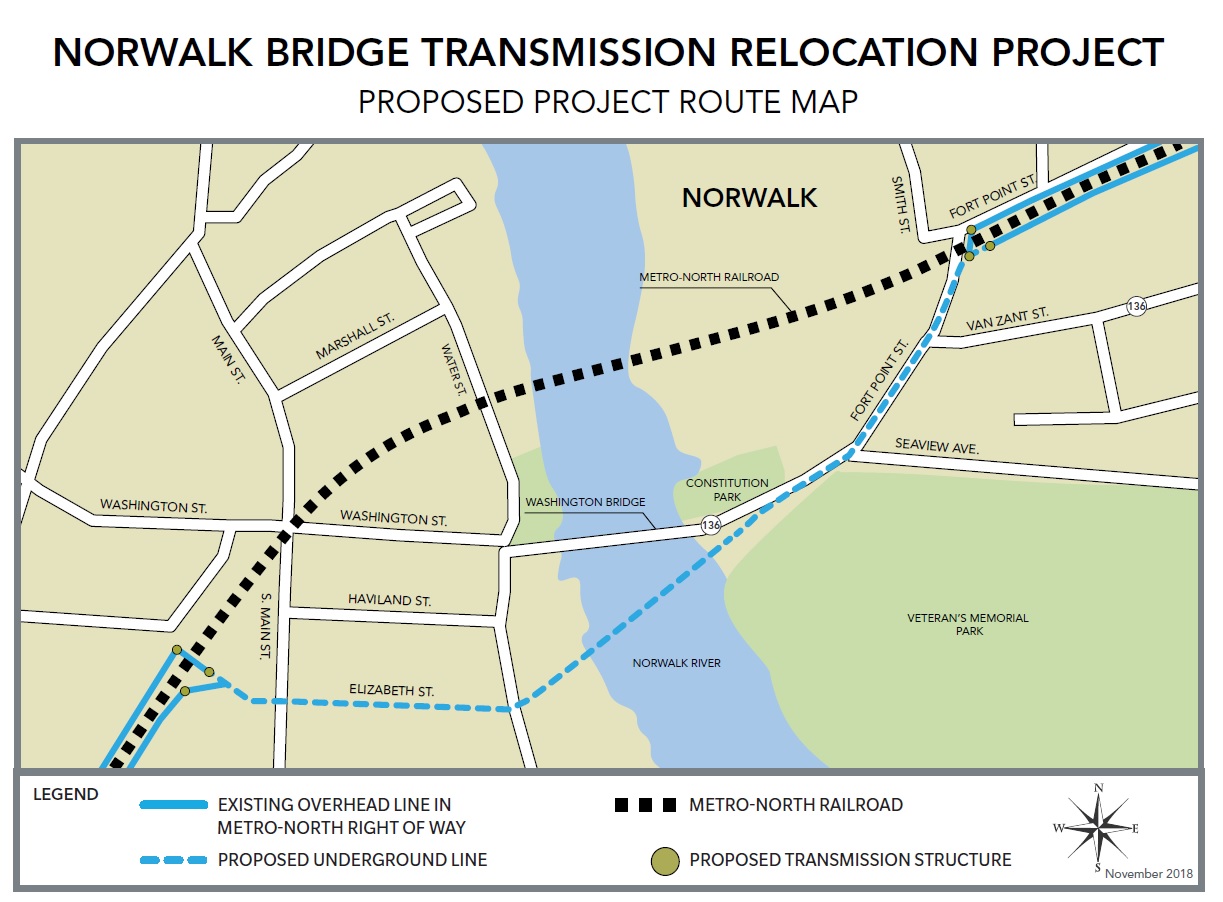 We have been working with Norwalk officials, CDOT and other stakeholders since 2016 to develop a route that meets all required electrical reliability standards, limits environmental and community impacts, and can be built at a reasonable cost. Several potential routes for the relocation of the lines were reviewed.

The proposed route has the two existing lines exiting the railroad corridor at the Norwalk Police Department and transitioning to underground cable beneath the Police Station parking lot and Elizabeth Street.

From Water Street, we would place the lines under the Norwalk River. The lines would then continue underground in Veteran's Memorial Park in the area of the park entrance off Fort Point Street.

The cables would continue beneath Fort Point Street, where they would reconnect to the rail corridor in the vicinity of the Fort Point Bridge.

We intend to realign the Fort Point Street entrance with Goldstein Place as part of the project's restoration process and in keeping with the Veteran's Memorial Park long-term development plan.

When Is The Work Being Done?

When construction on this project begins weekly updates will be posted here.

We have made a concerted effort to engage town officials, residents, businesses and other stakeholders to inform, answer questions and listen to concerns about the project, beginning with municipal briefings and community outreach efforts.

A public open house was held on November 13, 2018, at the Norwalk City Hall Community Room to share information about the project. Residents and businesses had an opportunity to ask questions and provide feedback.

As the proposed project proceeds through the siting and permitting process, we will continue to keep you informed.

Keeping the lines of communication open is an important part of our work in your community.

For questions or more information about the project, please contact us at 1-800-793-2202 or ProjectInfo@eversource.com.